Hello! Welcome to the Xbox blog where your thoughts and opinions matter! 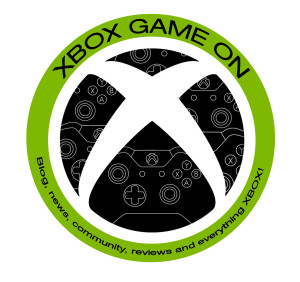 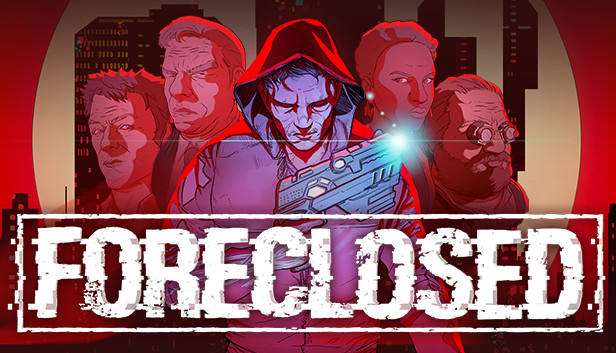 Merge Games is excited to confirm the release date for  FORECLOSED, a narrative-driven action adventure set in a cyberpunk world tinted by conspiracies, abuse of powers, and betrayal. FORECLOSED will be landing on all digital stores (Steam, Nintendo eShop, Xbox Store, Stadia, Epic Games Store, and PlayStation Store) on August 12th  for £14.99 $/€19.99. Physical editions will be available for PlayStation 4, PlayStation 5, Xbox Series X (£19.99 $/€24.99), and Nintendo Switch ($29.99/£24.99/€29.99).
( Collapse ) 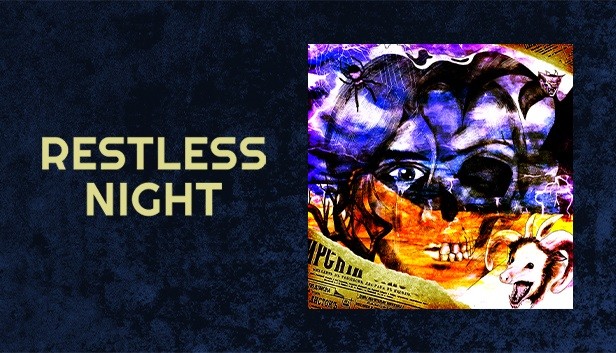 Hordes of zombies and bloodsucking bats, dozens of deadly mutants and cannibals, reanimated maniacs and pumpkin-killers — can you handle these mobs? You will have to survive through the night each and every time you’ll play Restless Night. This game is full of horrifying encounters with undead enemies, but your rifle will come in handy!

Can you make it to the dawn? There’s only one way to find out — grab your favorite firearm and get ready to crush, kill and destroy all these zombies with classic old-school style. Made with love and taste, even your grandfather remembers this feeling and how fun it actually is!
( Collapse ) 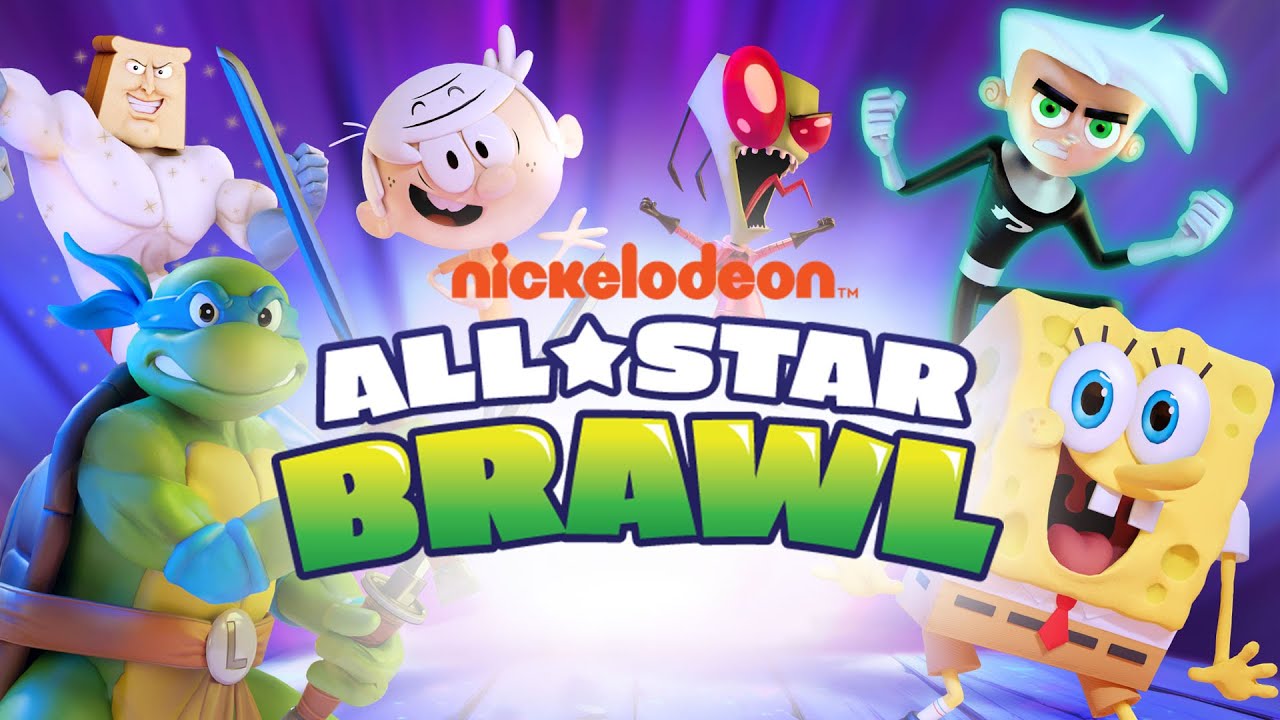 Nickelodeon All-Star Brawl, a new platform fighting game featuring fan-favorite Nickelodeon characters, has been announced for PlayStation®5, PlayStation®4, Xbox Series X|S, Xbox One, and Nintendo Switch. Battle online and via local multiplayer for up to four players this fall!
( Collapse ) 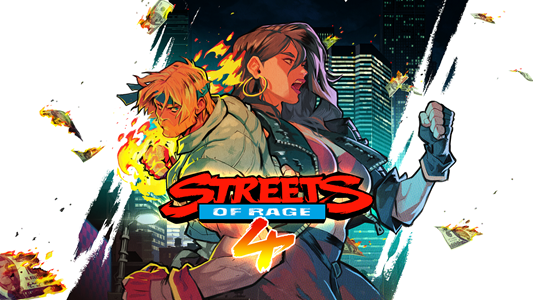 Publisher and co-developer Dotemu with co-developers Lizardcube and Guard Crush Games today announce that Mr. X Nightmare, the highly anticipated DLC for the smash hit Streets of Rage 4, is out now on PlayStation 4, Nintendo Switch, Xbox One, and PC via Steam, GOG, and the Windows Store for $7.99. Fans are also treated to a big free update separate from the DLC which brings several cool new features and enhancements to the game.
.
( Collapse )
.
Streets of Rage 4 is a revival of the classic beat em’ up series released in 2020. After not seeing a release for 25 years, Streets of Rage 4 brought the series into the modern era, receiving critical praise for its faithful evolution of the series’ signature action and surpassing more than 2.5 million copies downloaded. The title features new and returning characters, stylish hand-drawn artwork, fresh combat abilities and mechanics, retro pixel character unlocks, and a soundtrack crafted in homage to the sound and style that made the original games so popular.

Streets of Rage 4’s console releases were made possible through collaborations with Blitworks, the partner who managed the game’s port to Xbox One and the Microsoft Store, as well as Seaven Studio, the partner behind the Nintendo Switch and PlayStation 4 versions. 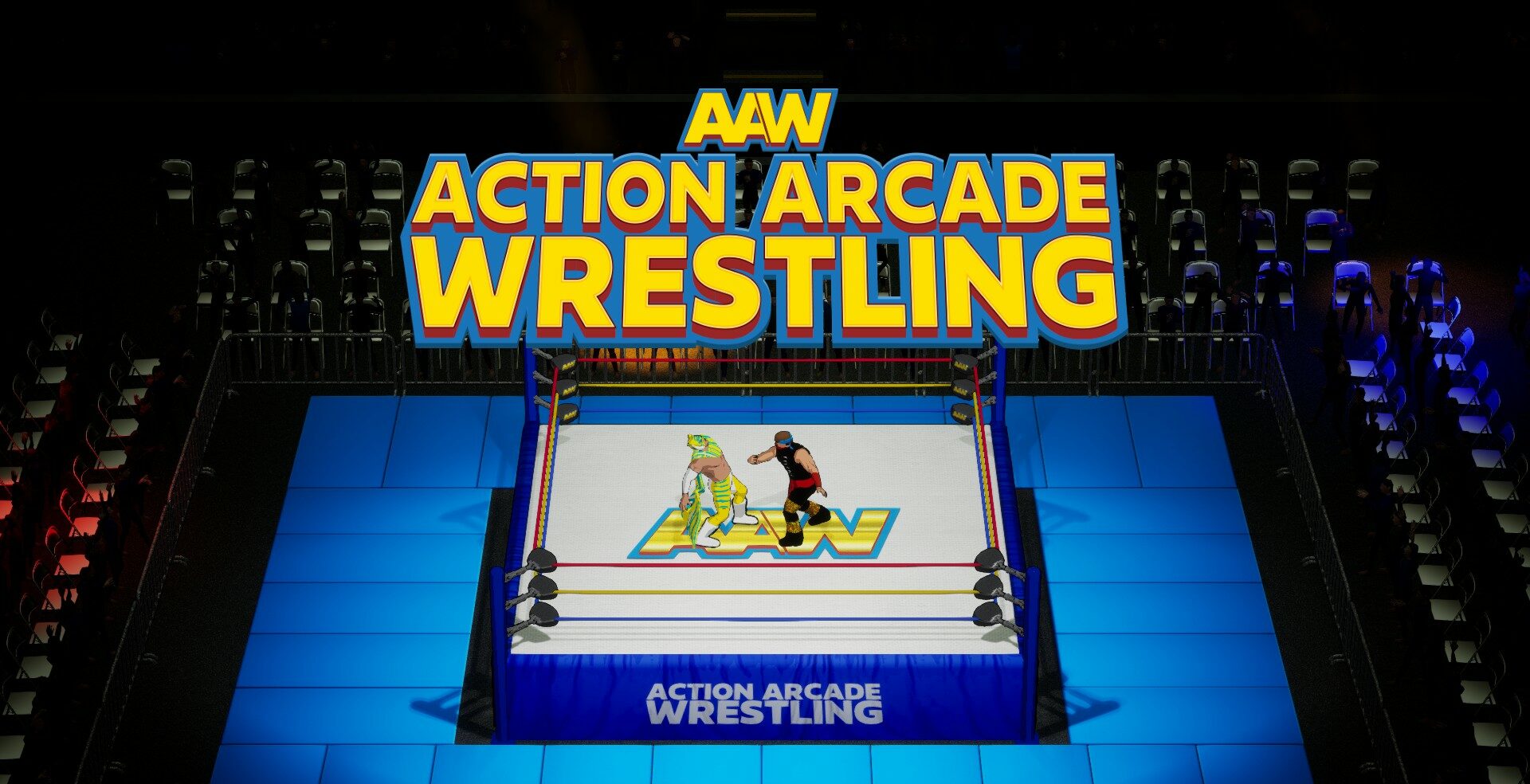 Get ready to grab some folding chairs, drop some flying elbows, and shoot freakin’ laser beams in the wrestling ring! VICO Game Studio, in partnership with Reverb Triple XP, announced today that Action Arcade Wrestling will be launching on PlayStation®4 and Xbox One on August 10. Bringing back fun to wrestling games, choose from over 30 incredible wrestlers and battle it out in over 25 different wrestling match-types including 5 on 5 Tag, Tornado Tag, Four-way matches, Battle Royal and many more.
( Collapse ) 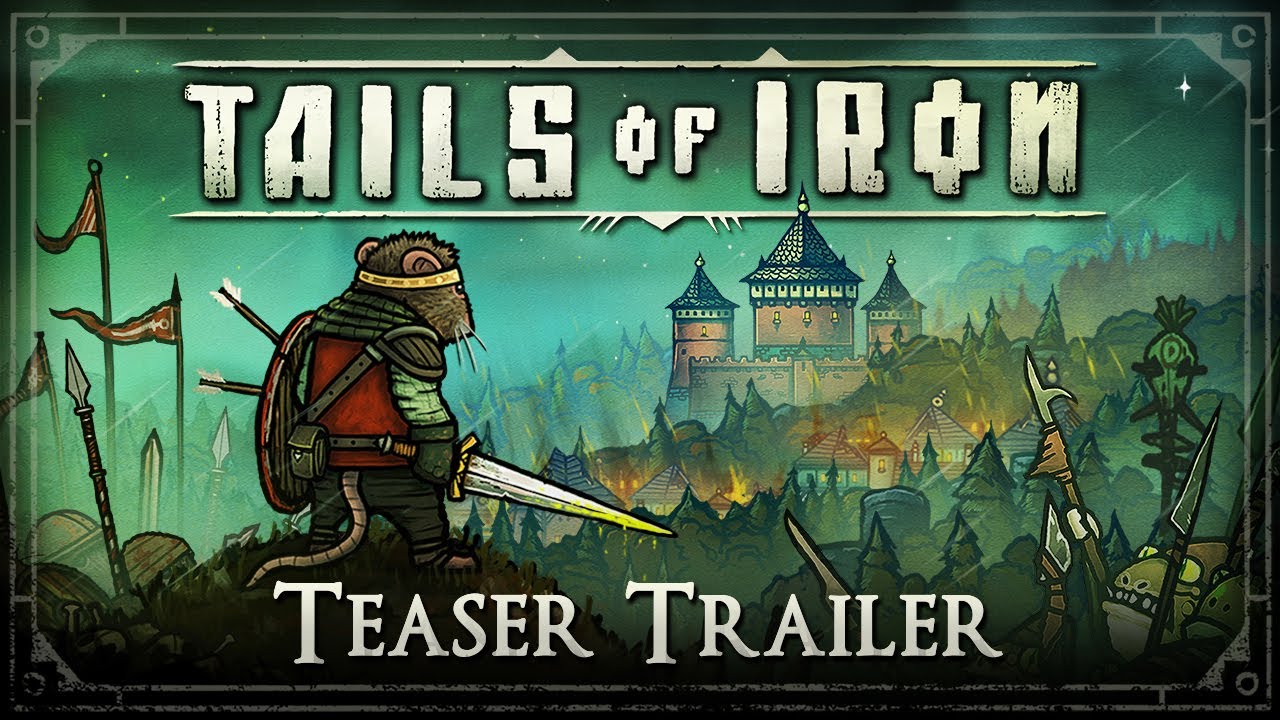 Tails of Iron, the upcoming RPG adventure from indie publishing house United Label, just dropped a new gameplay trailer, revealing several of the game’s stunning environments while also giving a flavour of the epic battles in store. Narrated by the iconic Doug Cockle (Geralt of Rivia, The Witcher), today’s cinematic introduces players to a charming yet gritty world of fiendish croakers, menacing swamps and lethal weaponry.

United Label also announced the title’s release date - fans of the genre won’t have to wait much longer to experience the beautiful, hand-drawn adventures of Redgi, as Tails of Iron is set to launch on PS5, PS4, Xbox Series X|S, Xbox One, Nintendo Switch and PC on 17th September 2021.
( Collapse ) 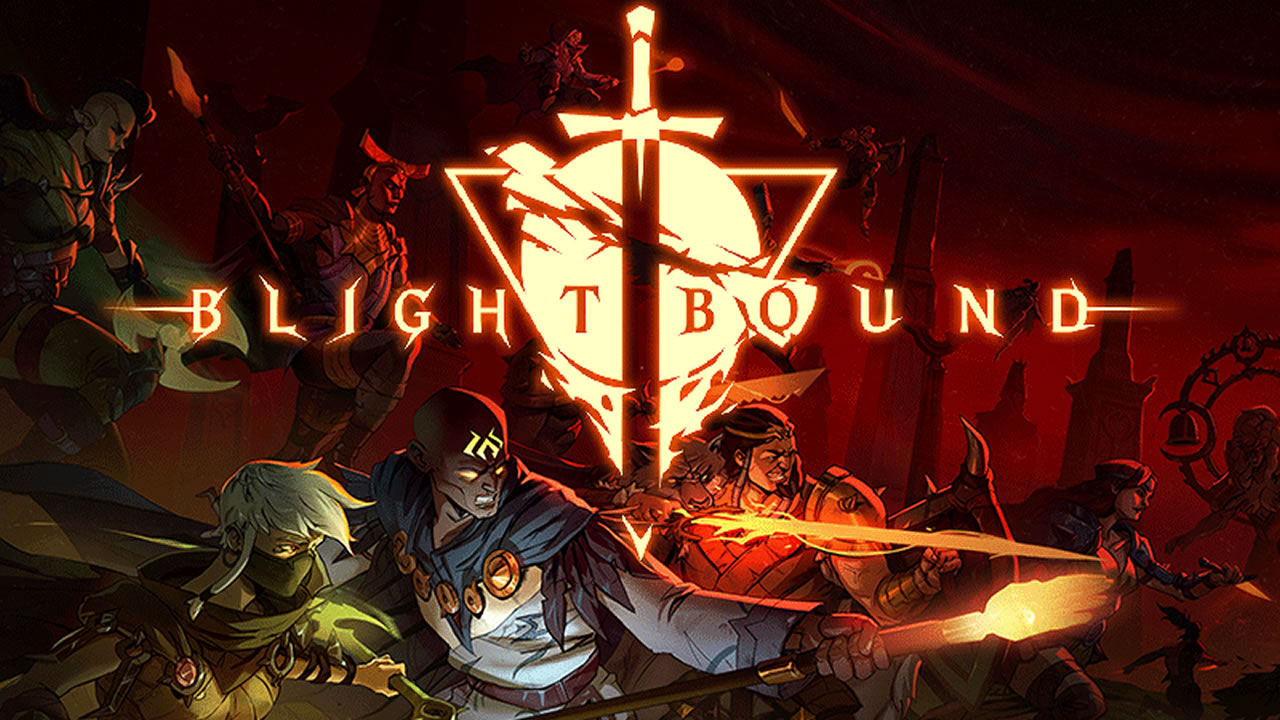 Fearless developer Ronimo Games (Awesomenauts) and their trusty sidekicks Devolver Digital have decreed that Blightbound, a dark and stylish multiplayer dungeon crawler, will battle its way out of Steam Early Access on July 27th, bringing its eldritch horrors to PC, PlayStation 4 and Xbox One.

Blightbound is an online cross-play & local multiplayer dungeon crawler that tasks three heroes to venture down from their mountain refuge to face the abominations of the Blight – a mysterious and corrupting fog that enshrouds the land.

Explore handcrafted dungeons, fight a terrifying cadre of mystical and monstrous enemies, grab valuable loot, and recover fallen heroes to expand your roster of available warriors. Each player will fulfill a specific role on the team – warrior, assassin, or mage – 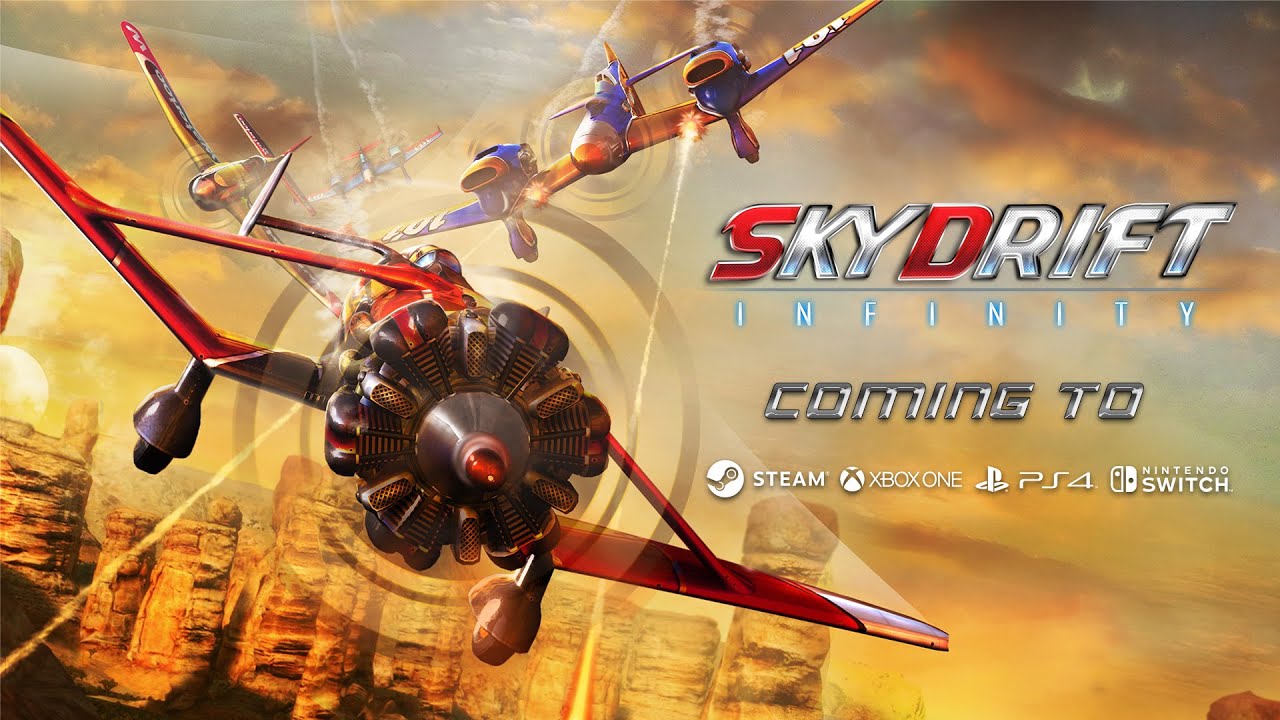 Skydrift Infinity is an action-packed arcade game focusing on the experience of flying alone or with others, in a light, quick, fast-paced, air-combat style.

During the various game modes, you can partake in deathmatches and armed races as well as other armed competitions, using modern airplanes, which are tuned to the max, with extreme weapons. Your goal is simple: if you can't beat them, shoot them!

The Hinokami Chronicles is a spectacular arena fighter from the team at CyberConnect2 that lets players relive the memorable moments of “Tanjiro Kamado, Unwavering Resolve Arc” and “Mugen Train Arc”.